The Old Palmerians’ Lodge is an Old School Lodge and entry previously was exclusively open to former pupils of Palmers School and Palmers College, plus current and past masters from the school and college. However, in recognition of the desire of others from the local area to join, the Lodge now also encourages applications from everyone. Since its founding, the Old Palmerians’ Lodge has raised many thousands of pounds for charitable causes, locally, nationally and internationally. 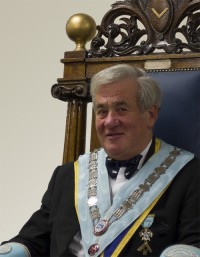 Master of The Lodge – Alan Gardner

The current Master of The Lodge is Alan Gardner, who attended Palmer’s Boys School from 1954-60 and has been a proud member of The Lodge since 1993. Photos of our past masters can be found in the Past Masters Gallery

History of The Lodge

The Lodge was formed for the old boys and staff, past and present, of Palmer’s School, Grays. The Consecration took place at Great Queen Street on 5 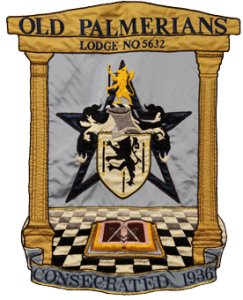 November 1936, R.W.Bro. Kincaid-Smith, Provincial Grand Master, officiating. The Lodge was sponsored by St. John’s Lodge, No. 1343, of which some Old Palmerians were already members. Other Founders, including the first Master, W.Bro. Ernest Horncastle, ProvSGD, were members of St. George’s Lodge, No. 4117. At that time, the Grays Lodges met at the old Queen’s Hotel in Grays. The Lodge is still ‘closed’, all members being Palmerians. The school had been founded by William Palmer in 1706. In 1974, the grammar school was disestablished and the buildings were destroyed. William Palmer’s name, and some of the traditions of the old school, were perpetuated in the formation of the Palmers Sixth Form College, which now benefits from the Palmer’s Foundation. The Lodge donates a prize each year to a student at the College. Occasionally now, Old Palmerians who are members of Lodges in other parts of the country hear of the Lodge and become Joining members. Initiates who knew the old school are now rare. Currently, two of the Brethren were members of staff at the school or college. Many of the present Brethren were students at the College. The Lodge is flourishing,with many young members. This is perhaps the most significant factor in the history of the Lodge. In a generation or so, many Old Boys’ Lodges will exist in name only, if at all, the grammar schools mostly having long vanished. The Old Palmerians’ Lodge will be thriving, still attracting members with a cherished heritage. They will preserve some of the traditions of the Lodge, passed down by Brethren, some of whom can remember school during, and even before, the Second World Several members saw active service during the War. The son of one such pilot joined the Lodge and subsequently progressed to Master; he flies 747s himself. Stor ies of school days, particularly of the old Masters, have become legends; they bind the members with the special affinity that Old Boys’ Lodges experience. The Lodge Banner, dedicated in March 1987 by W.Bro. Rev. Stanley Conway-Lee, was produced to commemorate the Lodge’s 50th Anniversary. It was designed by Ian and Patricia Andrews, the son and daughter-in-law of a Past Master of the Lodge. Patricia took 12months to complete the embroidery. In the centre of the Banner, surrounded by two pillars supporting a lintel, is the badge of the Lodge -the armorial bearings of the school’s founder, William Palmer, on the Pentalpha or five-pointed star.

On the badge is a lion supporting a palmer stave, with three palmer staves surrounding the lion on the shield. [A Palmer was a pilgrim who had returned from the Holy Land, in sign of which he carried a palm-branch or palm-leaf.]

The motto of Palmer’s School is ‘Monumentum aere perennius’ -

‘A monument more lasting than bronze’.